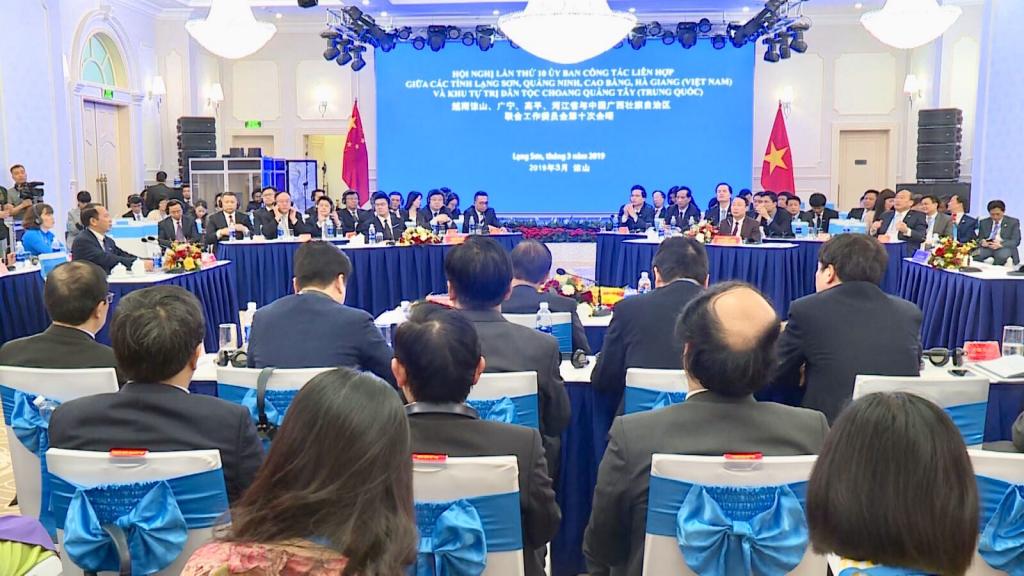 Overview of the 10th Session of the Joint Work Committee

This is the second time that the Session was organized alternately under the new mechanism, after the leaders of the provinces/region agreed to organize the Spring Meeting and JWC session at the same time to create the concentration on leadership and direction to improve practicality and effectiveness in cooperation mechanism.

At the Session, the delegates of 5 provinces and region highly appreciated the results of implementing the common awareness of the 9th Session of JWC, at the same time discussed and exchanged measures to further promote the role of JWC between the border provinces of Vietnam and the Guangxi Zhuang Autonomous Region, China.

Mr. Nguyen Cong Truong, Vice Chairman of Lang Son Provincial People's Committee, of the province that hosted the 10th Session of the Joint Working Committee between Lang Son, Quang Ninh, Cao Bang, Ha Giang (Vietnam) and the Guangxi Zhuang Autonomous Region (China) affirmed that since Early Spring Meeting 2018 and the 9th Session of the Joint Working Committee, with the joint efforts of all 5 provinces and region, up to now, the results of the exchange and cooperation agreement between the two sides have achieved many encouraging results. On behalf of Quang Ninh, Cao Bang, Ha Giang provinces, on behalf of the Chairman of Vietnam Joint Working Committee, Mr. Vice Chairman of the Provincial People's Committee synthesized the achieved results, at the same time offered some specific proposals for the parties to promote cooperation in the future, in order to continue to promote the achievements, further promote the role of the Joint Working Committee among the parties, continue to bring the friendship and comprehensive cooperation between localities to expand, deepen and bring practical effect. 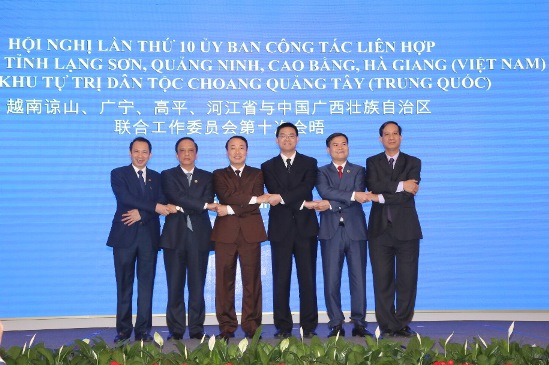 Previously, on the morning of March 22, 2019, the Spring Talks 2019 between the Secretaries of the Provincial Party Committees of four Vietnamese border provinces and the Secretary of the Party Committee of Guangxi, China had been held.