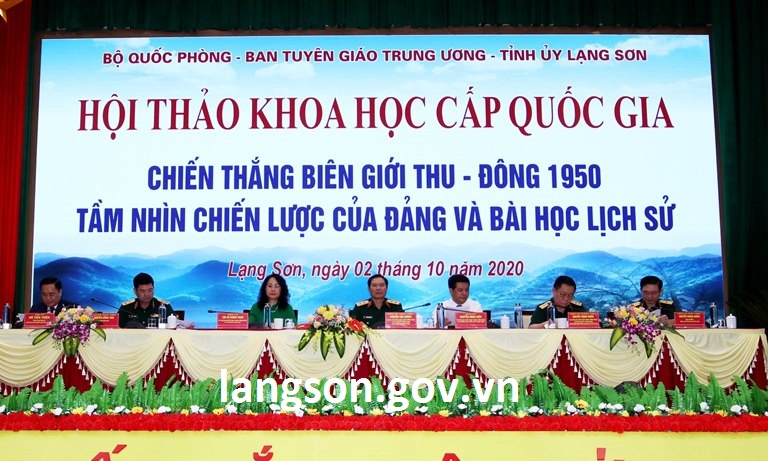 The Presidium chaired the Workshop 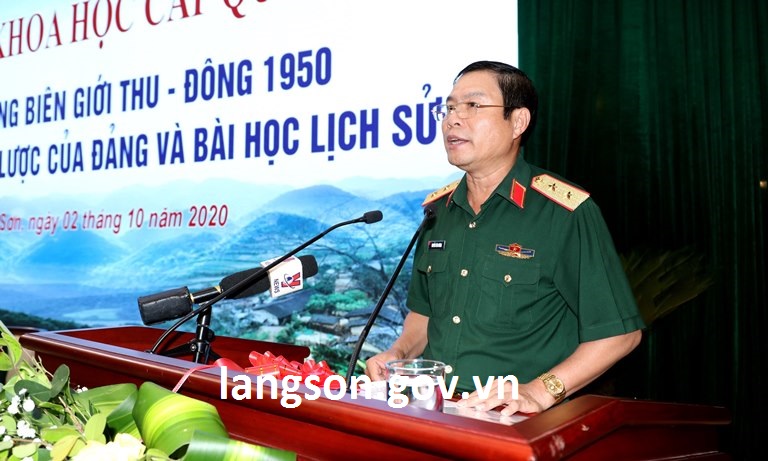 Delivering the opening speech at the Workshop, Lieutenant General Nguyen Tan Cuong clearly stated that implementing the strategic requirements and policies of the Party Central Committee, the High Command decided to open the Border Campaign. This is the only campaign that President Ho Chi Minh went to the front to directly direct and also the first large-scale attack campaign of our Army in the resistance against the French colonial invasion, which lasted 29 days and nights (from September 16 to October 14, 1950), bravely fighting, our army and people won a great victory. The 1950 Autumn-Winter Border Victory is the crystallization of our army and people’s extraordinary efforts, under the great leadership of the Party, headed by President Ho Chi Minh, demonstrating the Party's strategic vision, is a historical event marking a leap, creating an important change in the strategic situation in the resistance war, shifting from guerrilla struggle to formal struggle, combining formal struggle with guerrilla struggle at a higher level. 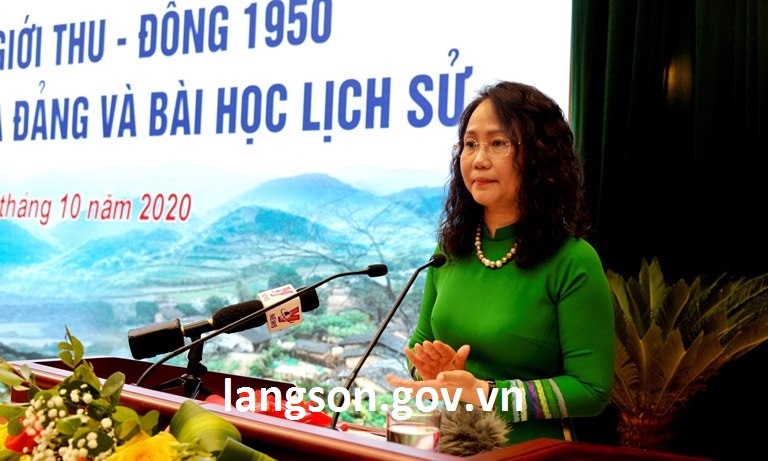 Making the welcoming speech at the Workshop, Mrs. Lam Thi Phuong Thanh, Secretary of the Provincial Party Committee affirmed that the 1950 Autumn-Winter Border Victory is a milestone in the history of the resistance war against the French colonists. 70 years has passed, the Border Victory is still obvious in mind, forging and adorning the patriotic tradition of Lang Son’s army and people. That tradition and spirit has been always promoted in the homeland construction and development, up to now, Lang Son province has made important development steps in various socio-economic fields with positive changes, the people's material and spiritual life has been increasingly improved, national defense and security have been strengthened, social order and safety, national border sovereignty have been maintained, party organizationsare constantly being strengthened and improved quality to better meet requirements and tasks in the new situation. 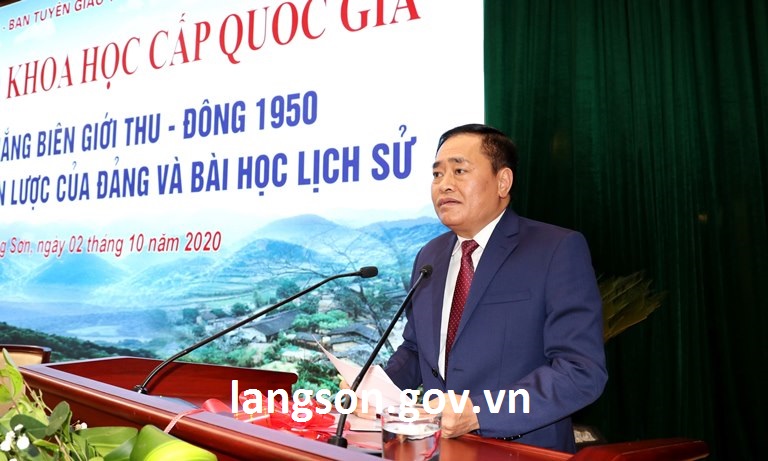 Presenting at the Workshop with the content "Lang Son province’s ethnic groups in the 1950 Border Campaign", Mr. Ho Tien Thieu, Chairman of the Provincial People's Committee affirmed that with the spirit of "All for the front, all for victory”, the army and ethnic groups people of Lang Son contributed 714 thousand frontline-conscripted laborers and hundreds of tons of food, Lang Son’s armed forces and people of ethnic groups had steadfast clinging to the land, the village, coordinating and effectively fighting with the units, contributing to the 1950 Autumn-Winter Border Victory, successfully completing the campaign mission. For the first time, after four years of resistance war, our army and people won a resounding victory, October 17, 1950 has become the festival of Lang Son’s people of ethnic groups  to celebrate the liberation. 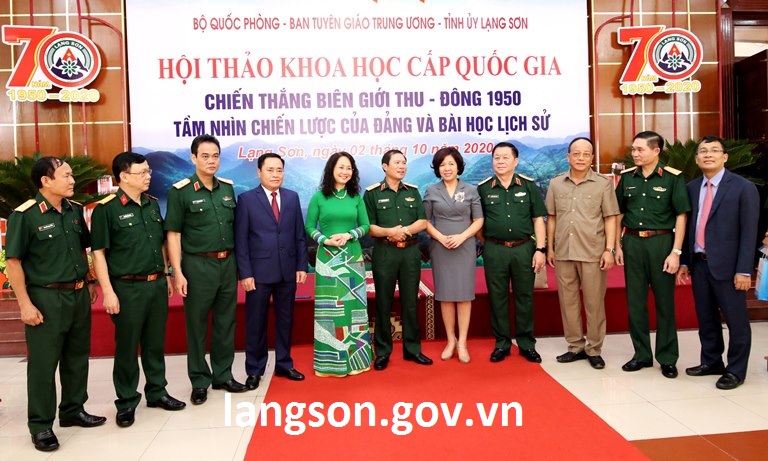 The delegates exchanged on the sidelines of the Workshop

At the Workshop, the delegates focused on making presentations, discussing to confirm the proper and creative guidelines, policy, leadershipand direction of the Party and President Ho Chi Minh, the decisive factor for the victory of the 1950 Border Campaign; stature, causes, meaning of the victory and lessons learned from the "the 1950 Autumn-Winter Border Victory"; the application and promotion of those lessons in building an all-people defense, the all-people defense posture associated with the people's security posture, in order to firmly protect the Socialist Vietnam Fatherland. Through the Workshop, it aims to propagate and educate the nation’s glorious revolutionary history and tradition to the young generation. It aims to educate cadres and soldiers in the armed forces to raise awareness, pride, solidarity in firmly defending the independence, sovereignty, unity and territorial integrity of the Fatherland.