Ai Chi Lang is located in Chi Lang commune, Chi Lang District, located on the National Highway 1A Hanoi - Lang Son, about 110 km from Hanoi and Lang Son about 50 km.

Ai Chi Lang is a narrow oval valley, surrounded by four high mountains, with the river flowing through. Its length is nearly 20 km, the widest area is about 3 km, is the pharynx of trade routes from Vietnam to China. There are two gates: the northern gate called Democracy Gate; The southern door is called Ngo The (Luy Ngo The). 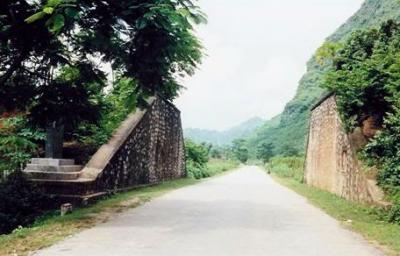 Ai Chi Lang is the place of intense fighting of our troops with the invaders in the North: In 981, Le Hoan led the troops to fight and win the Song, successfully defend the independence of the young. young nation of Dai Co Viet; In 1076, the prosecution of Than Canh Phuc blocked 30,000 troops killed by General Quach Quy; In the thirteenth century, our troops defeated many of the Mongolian troops in the Second and Third Resistance Against the Mongol Empire as they passed through the Chi Lang Kingdom, gaining independence for the country; In 1427, the Lam Son insurgent army fought a strategic battle with the Ming, crushed Minh's final attempt, forced the Ming army to retreat to the country, officially recognized the independence and sovereignty of the United States. Vietnam.

Chi Lang is one of the great landmarks of Vietnam, the land of immortality in the great pride of the whole nation in the tradition of fighting the enemy.

Visiting Chi Lang, visitors not only admire the majestic natural landscape, difficult terrain with the unique trapeze but also feel the wisdom and bravery of the Vietnamese nation throughout. thousand years of building and defending the country.