Ta Fu Temple is located in Ky Lua Market Street, in Hoang Van Thu Ward, Lang Son City. The temple was built in the fourth year of the Fourteenth (1683) to worship a general in the post-Le Dynasty named Than Cong Tai, the rank of Han Chinese Han. He was from Bac Giang province, appointed by the imperial court, to Lang Son as deputy commander Admiral assisting Vi Duc Thang, border guard. During his time in Lang Son, in addition to taking care of the border, he has also opened seven roads, set up seven wards for Ky Keo market, helping Lang Son have a prosperous business, attracting the Chinese Flowers across the border to do business, trade. 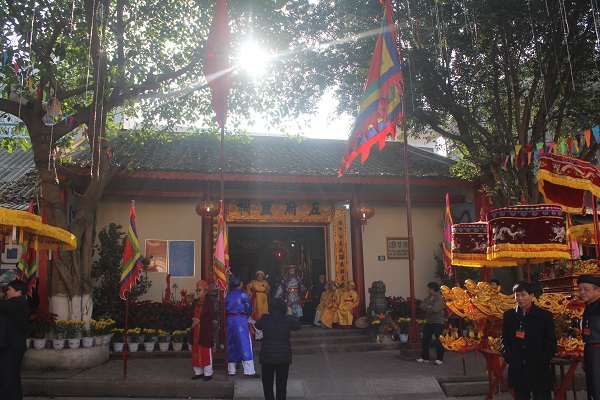 Ta Phu Temple has the main door facing west, located on the high ground to create a majestic, sacred architecture with two buildings, the structure of the word Gong. Interconnected between the two buildings is the diaphragm wall with two small gates going through the main axis. The middle of the two courtyards is a courtyard with a stone stela built in the year of the Pig, the fourth Chua Hoa (1683); The beer is titled "Master of bi-compassionate" (inscribed with the worship of teachers and father). the merits of Than Cong Tai and Lang Son and the opening of the business market here.