Speaking at the opening ceremony, Mr. Nguyen Cong Truong, Vice Chairman of Lang Son Provincial People's Committee stressed that in recent years, cooperation relations between Lang Son and Guangxi have been continuously strengthened, increasing in depth, efficiency and practice. Every year nearly 3,000 enterprises of Vietnam has been attracted to participate in import and export activities through the province, the total annual import-export turnover is about 6-8 billion USD. The official opening of Tan Thanh (Vietnam)  - Pu Zhai (China) border gate commodity transport specialized route is an important milestone confirming the development of cooperation between Lang Son province and Guangxi Zhuang Autonomous Region in particular and between the two countries Vietnam and China in general, at the same time, it will contribute to strengthening and further promoting the trade of commodities, especially agricultural products through this route. This newly opened route will contribute to solving goods congestion in the past time at Tan Thanh and Coc Nam border gates, at the same time, exploit the efficiency of the infrastructure invested by the two parties. Mr. Vice Chairman proposed that enterprises of Vietnam and China need to take advantage of this favorable opportunity to further strengthen cooperation activities and proposing relevant authorities of the two sides to strengthen the coordination and effective management and exploitation of this route, creating the most favorable conditions for organizations and individuals to participate in import and export activities through a specialized road connecting Tan Thanh. – Pu Zhai in particular and the border gates of the two provinces / regions in general.

The opening ceremony of Tan Thanh (Vietnam)  - Pu Zhai (China) border gate commodity transport specialized route is one of the concrete and practical cooperation results between Lang Son and Guangxi, which was unified by the Lang Son Provincial Party Committee Secretary and Guangxi Party Committee Secretary at the Early Spring Meeting in 2018. The opening ceremony of this commodity transport specialized route will contribute to promoting import and export activities between Lang Son and Guangxi. 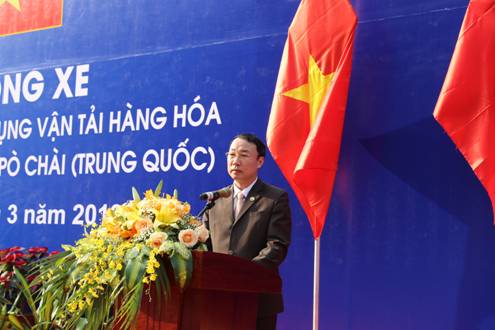 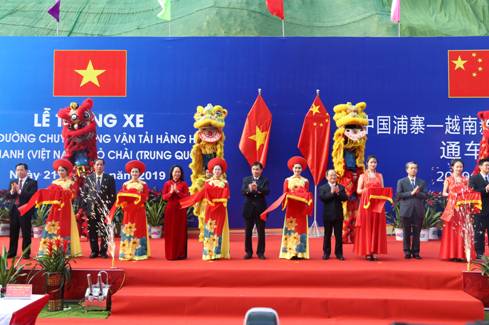 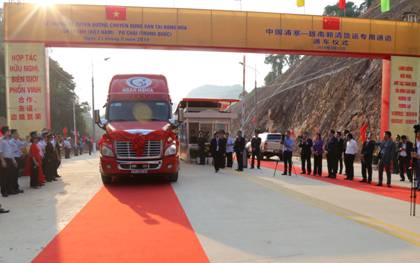 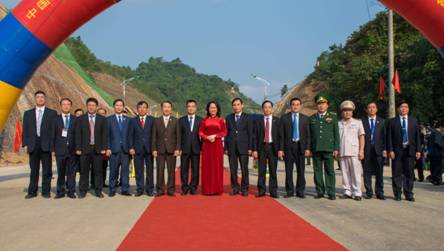 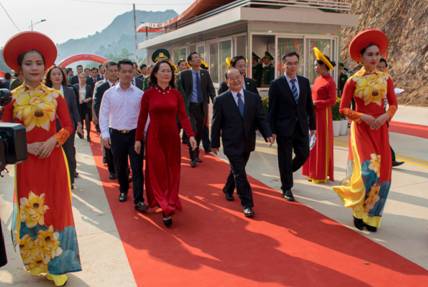